Check Facts about Maria Sharapova if you want to know the famous Russian professional tennis player. She was born on 19th April 1987 as Maria Yuryevna Sharapova. Since 2001, she has followed the WTA tour. Since 1994, she has been a resident of United States. On five different occasions, Sharapova has taken world No.1 singles on WTA. Sharapova is considered as the only Russian who has Grand Slam.

During the 2012 Summer Olympics in London, Sharapova earned a silver medal for her country by competing in women’s singles.

During her career as a tennis player, Sharapova had to deal with injuries. She is considered as one of the best female tennis players in the world.

Facts about Maria Sharapova 4: other ventures

Sharapova is not only a tennis player. Due to her increased popularity, she has been selected as the face of prominent fashion houses, model for ads and model for magazines. There is no need to wonder that she appeared on the cover of Sports Illustrated Swimsuit Issue.

Sharapova has endorsed various brands such as Prince, Nike and Canon.

Facts about Maria Sharapova 6: net worth

Sharapova has become a professional tennis player since 2001. During her career, she had collected US$285 million. That is why; she was called as the highest paid female athlete by Forbes.

Sharapova made an announcement related to her failure of drug test for Australian Open in March 2016. International Tennis Federation suspended her for playing tennis due to the presence of meldonium in her body.

In 2005, Sharapova and Adam Levine, the singer of Maroon 5 dated for a short time. Then she was in a relationship with Charlie Ebersol. She had been engaged to Sasha Vujačić and Grigor Dimitrov. However, the engagements were broken off. 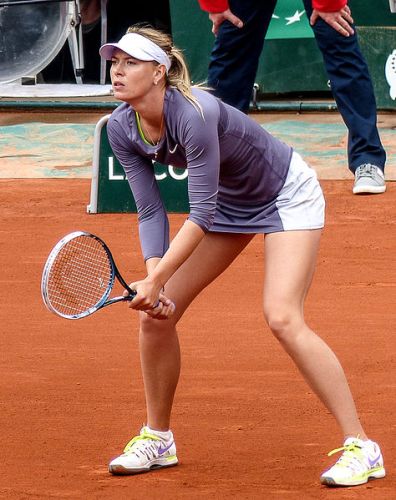 Sharapova does a charity work by establishing Maria Sharapova Foundation. She focuses on the Chernobyl-related projects by giving $100,000.

2014 Winter Olympics was located in Sochi, Russia. During the opening ceremony, Sharapova took part as the first torchbearer.

Do you enjoy reading facts about Maria Sharapova?

Related to 10 Facts about Maria Sharapova

10 Fun Facts about The Melbourne Cup

In this article, you will find the facts about the Melbourne… Read More…