Facts about medieval manor tell about the estate in land to which is incident the right to hold a court termed court baron, that is to say, a manorial court. The manor is nevertheless often described as the basic feudal unit of tenure and is historically connected with the territorial divisions of the march, county, hundred, parish and township.

As a stated in the following extract from Perkins’s Treatise on the laws of England about manor :

“The beginning of a manor was when the king gave a thousand acres of land, or greater or lesser parcel of land, into one of his subjects and his heirs, which tenure is knight service at the least. And the done did perhaps build a mansion house upon parcel of the same land, and of 20 acres, parcel of that which remained, or of a greater or lesser parcel, before the statute of Quia Emptores did enfeoff a stranger to hold of him and his heirs to plough 10 acres of land, parcel of that which remained in his possession, and did enfeoff another of another parcel thereof to go to war with him against the Scots etc., and so by continuance of time made a manor”.

Facts about Medieval Manor 2: Feudalism and Grants of Land

During medieval ages feudalism was based on the exchange of land, called a fief, for military service. 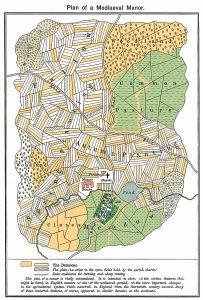 Not all manors were held necessarily by landlords rendering military service (or again, cash in lieu) to their superior. In 1086, by value at 17% in England belonged directly to the king. An even greater proportion was held by bishoprics and monasteries.

The rest of the land of the Manors were allotted to the peasants who were his tenants. Peasants instead of having his land in one compact mass, had it split up into a large number of small strips (usually about half an acre each) scattered over the manor, and separated, not by fences or hedges, but by banks of unploughed turf.

Facts about Medieval Manor 5: Hunting on The Lands of The Manors

In the middle ages, the feudal system right of hunting was of all privileges dearest to and most valued by the nobles. The severest and cruellest penalties were imposed in “villains’ who dared to kill the smallest head of game on the lands owned by the lord.

Interestingly, the lords would build the manor invariably among family member. Manor building was different than castles and had varies size. 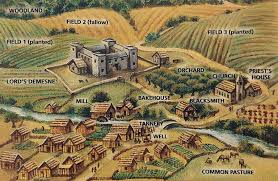 Facts about Medieval Manor 7: The Names of Medieval Crew who Worked on The Manors

Peole who worked on the manor including vassal, bailiff, reeve, serf, peasant or villlein, cottager and servant.

Facts about Medieval Manor 8: The Jurisdiction of Manors

the jurisdiction of manors developed by “custom of the manor” and interpreted by manorial court.

A free manor was an autonomous area. 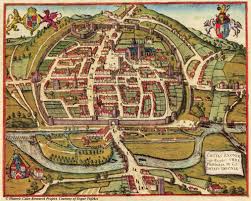 Every single person who lived in medieval England claimed as a member of manor.

Do you like reading the facts about medieval manor?

Related to 10 Facts about Medieval Manor

What do you know regard facts about Mesopotamia government? In this… Read More…

This article will present the 10 interesting facts about medieval warfare.… Read More…