This article will present the 10 interesting facts about medieval warfare. Medieval warfare is European warfare during the middle ages. The warfare gave big impacts. Technological, cultural, and social developments had forced a dramatic transformation. Moreover, the medieval warfare saw the emergence of the castle in Europe, which then spread throughout Western Asia. The others pieces of facts about the history of warfare in Europe will be described in the explanation below.

Facts about Medieval Warfare 1: The Strategy of Warfare

To get knowledge about the strategy of warfare, we can see the phenomenal book “De re militari (concerning military matters)” written by Publius Flavius Vegetius around in the late of the 4th century.

In medieval Europe, the robbery increased significantly as a source of income. Hence, building a great fortification was a good way to provide the refugee and protection for the people and the wealth in the region. During the middle ages, fortifications were the most important form being the castle. 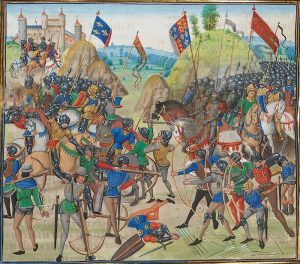 Facts about Medieval Warfare 3: The Importance of Fortifications for Warfare

Fortifications were being a very important part of warfare because they provided safety to the lord, his family, and his servent.  Also, they provided refugee from armies too large to face in open battle.

During the middle ages, besieging armies used a wide variety of siege engines including scaling ladders, battering rams, siege towers, and various types of catapults such as the mangonel, onager, ballista, and trebuchet.

The medieval knight was usually a mounted and armoured soldier, often connected with nobility and royalty. Medieval knights could also from lower classes, and could even be enslaved person.

Light cavalry consisted usually of lighter armed and armoured men, who could have lances, javelins or missile weapons, such as bows or crossbows. Moreover, the medieval light cavalry usually consisted of wealthy commoners. 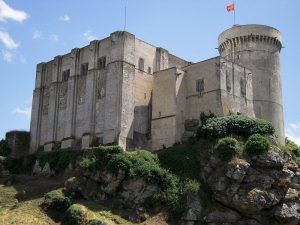 Infantry was recruited and trained in a wide variety of manners in different regions of Europe. Many infantrymen in prolonged wars would be mercenaries. Most armies contained significant numbers of spearmen, archers and other unmounted soldiers.

Typically the feudal armies consisted of a core of highly skilled knights and their household troops, mercenaries hired for the time of campaign and feudal levies fulfilling their feudal obligations, who usually were little more than rabble.

Facts about Medieval Warfare 9: Weapons as Equipment of Warfare 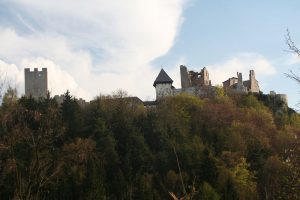 Facts about Medieval Warfare 10: Armour as Equipment of Warfare

Armour including body armour (it consisted of leather, fabric, chainmail, brigandine and plate), shield and helmet.

What do you feel after reading the 10 amazing facts about medieval warfare?

Related to 10 Facts about Medieval Warfare

What you need to know facts about mexico’s independence day? Celebration… Read More…

What do you know regard facts about Mesopotamia government? In this… Read More…