You would know more the amazing facts about Michael Jackson that just few people known through reading this article. Michael Joseph Jackson was American singer, songwriter and dancer. Amazingly, he is awarded as one of the most significant cultural figures of the 20th century. Most of people in the whole world had known that “moonwalk” is the complicated dance that popularised by Michael Jackson.

Michael Jackson was born in Gary, Indiana, near Chicago on August 29,1958. In the jackson family, he is the eighth of the ten children . His mother, Kahterine Esther Jackson, played clarinet and piano. Then his father, Joseph Walter “joe” Jackson is a former boxer and he played a guitar with a local rhythm and blues band.

Facts 2 : The Early Career of the Jackson

Michael Jackson joined to the Jackson Brothers, a band that formed by his father which included Jackie, Tito, and Jermaine, as a backup musicians playing congas and tambourine. 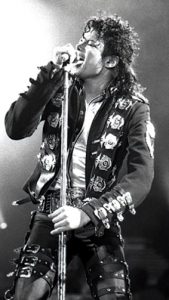 Michael Jackson and other personnel signed Epic Records in 1975. Subsequently, the renamed to the Jacksons. The Jacksons continued to tour internationally, and released six more albums between 196 and 1984. During this period, Michael was the group’s main songwriter, such as “shake your body (down to the ground) (1979), “this place hotel (1980) and “Can you feel it (1980).

Amazingly, Jackson recorded with Queen singer Freddie Mercury from 1981 to 1983. In 1982, Michael Jackson contributed “Someone in the Dark” to the storybook for the film E.T. the Extra Terrestrial.

Michael Jackson reunited with his brothers for Motown 25: Yesterday, Today, Forever and NBC television special. Then, the show was released on May 16, 1983, to an estimated audience of 47 million, and featured the Jacksons and other Motown stars.

Michael Jackson and his brothers partnered with PepsiCo in a $5 million promotional deal that broke records for a celebrity endorsement. “New Generation” is theme that want to be highlighted by PepsiCo. Michael Jackson helped to create the advertisement, and suggested using his song “Billie Jean”,with revised lyrics, as its jingle. 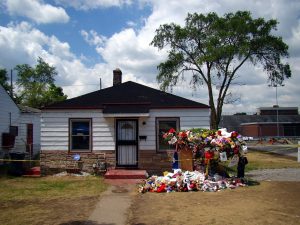 During his youth, the Michael Jackson’s skin was medium-brown, yet from the mid-1980s gradually grew paler.

Michael Jackson’s dermatologist, Arnold Klein, said he observed in 1983 Jackson had vitiligo, a condition characterized by patches of the skin losing their pigment and sensitivity to sunlight.

Facts 8 : The Autobiography of Michael Jackson

Michael Jackson released his autobiography, moonwalk, in 1988. Interestingly, it sold 200,000 copies, and reached the top of the New York Time bestsellers list.

In 1992, Michael Jackson founded the Heal the World Foundation. The Charity brought underprivileged children to Jackson’s ranch to use the theme park rides and sent millions of dollars around the globe to help children threatened by war, poverty, and disease.

Jackson’s memorial was held on July 7, 2009 at the Staples Center in Los Angeles, preceded by a private family service at Forest Lawn Memorial Park’s Hall of Liberty.

Tell us what do you feel after reading this article that explain the amazing facts about Michael Jackson?

what do you think after heard Michael Buble, this article would… Read More…

In this article, you can find 10 facts about Metallica. Metallica… Read More…

10 facts about Melanie Martinez will be presented in this article.… Read More…

10 facts about Megan Nicole will be told in this article.… Read More…