Have you ever read anything about the only female ruler from House of Habsburg?  Facts about Maria Theresa will give you more information about this Duchess of Lorraine. She was born on May 13th, 1717 and died on November 29th, 1780. Her full name was Maria Theresa Walburga Amalia Christina. Due to her marriage, she earned the title as Holy Roman Empress and Grand Duchess of Tuscany.

Facts about Maria Theresa 1: the reign

In October 1740, Emperor Charles VI passed away. Therefore, the power was handed down to Theresa.

Her father spent most of his life tried to secure the accession of Theresa as the ruler. Thus, he established Pragmatic Sanction of 1713.

Pragmatic Sanction of 1713 was rejected by Bavaria, Prussia, France and Saxony after the death of Theresa’s father.

Facts about Maria Theresa 4: the War of the Austrian Succession

Theresa was still capable to maintain most areas occupied by Habsburg Empire after the war even though few territories in Italy and Silesia were captured by Frederick of Prussia. 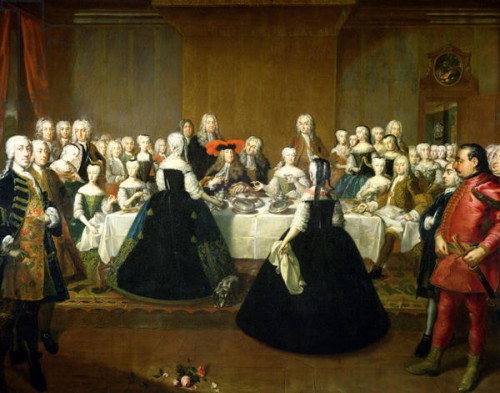 The Seven Years’ War was also important during the reign of Theresa for it marked her failure to recapture Silesia.

Theresa was married to Holy Roman Emperor, Francis I. The couple was blessed with 11 daughters and five sons.

The notable children of Theresa and her husband included Leopold II and Joseph II. Both were Holy Roman Emperors. Her famous daughters were the Duchess of Parma, Queen of Naples and Sicily and Queen of France and Navarre.

In May 1767, she contracted smallpox from Maria Josepha of Bavaria, her daughter-in-law. However, she survived from the disease.

Maria Antonia was the youngest daughter of Maria Theresa who married to Dauphin of France in April 1770.  Theresa was critical about her children. The only child, which earned less criticism from Theresa, was Maria Christina. However, she was not capable to please her mother due to her failure to produce a surviving child.

What do you think on facts about Maria Theresa?

Related to 10 Facts about Maria Theresa

It is time to talk facts about Medgar Evers. He is… Read More…

Facts about Matthew Hopkins inform us about an English witch-hunter. He evolved… Read More…

10 Facts about Matthew A. Henson

Facts about Matthew A. Henson give the interesting information about the… Read More…

Facts about Mary Read tell you about an English Pirate. She… Read More…