Let us find out the Fun Facts about Las Vegas by reading the following post. In the state of Nevada, it is the most populous city. In US, it is ranked as the 29th of most populous city. People often call it the Vegas. The name is taken from the Spanish word, which means The Meadows.  Las Vegas is an important city in Nevada for it serves as the cultural, commercial and financial center.

Las Vegas is notable as an international resort city in United States. People who come to Las Vegas can do various interesting activities such as shopping and gambling.  This city is also notable for its nightlife, entertainment and fine dining.

Las Vegas is often dubbed as the Entertainment Capital of the World.

Las Vegas is the home of various mega casino-hotels. There is no need to wonder many people around the world try to indulge themselves in the city.

Las Vegas earns the title as Sin City for the city has high level of tolerance toward the various types of adult entertainment.

The population in Las Vegas has been increased from time to time. It was inhabited by 603,488 people in 2013.

Since Las Vegas lies in Mojave Desert, it has the subtropical hot desert climate.  It is very rare to spot rainfalls in the city.

You can find a great deal of Hawaiians in the city, which makes the city earn the status as ninth island of Hawaii.

Tourism, conventions and gaming are the major sources of economy in Las Vegas.

The oldest continuously hotel and casino in the city is Golden Gate Hotel & Casino. It was opened for the first time as Hotel Nevada in 1906. 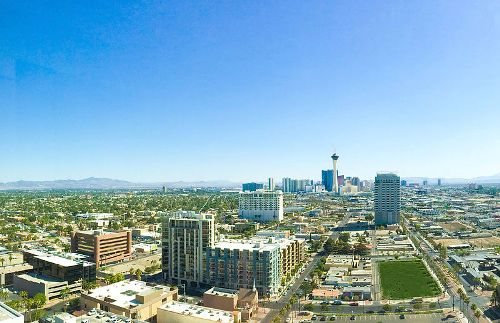 The Las Vegas Strip is the center of entertainment and gambling. You can find the notable hotels, casinos and buildings here. There is no need to wonder that it is called as the Gambling Capital of the World.  You can spot big casinos here.

Do you enjoy reading facts about Las Vegas?

Tags: City in the US

Yes, you are on the right article because we will reveal… Read More…

Interestingly, you can find the 10 fun facts about Messina Italy… Read More…