Facts about Lenin tell the readers about the Russian communist revolutionary. He was born on April 22nd, 1870 and died on January 21st, 1924. Lenin was also recognized as a political theorist and politician. His birth name was Vladimir Ilyich Ulyanov. In 1917 until 1918, he became the head government of Russian Republic. In 1918 until 1924, he controlled the Russian Soviet Federative Socialist Republic. In 1922 until 1924, he became the leader for Soviet Union. Let us check other useful facts about Lenin below:

The Russian Community Party was under the leadership of Lenin. It was a-one party socialist state, which comprised the Russia, then Soviet Union.

Facts about Lenin 2: the ideology

Lenin applied the Marxist ideology. Leninism was a political theory developed by Lenin.

Facts about Lenin 3: the family background

In 1887, the brother of Lenin was executed. It turned him to embrace the revolutionary socialist politics after the execution. Lenin was from a wealthy middle class family who lived in Simbirsk.

Facts about Lenin 4: the university life

Lenin took part in the protest against the Tsarist regime or Russian empire. As consequence, he was expelled from the Kazan Imperial University. However, he was aspired to pursue law degree.

Lenin and Nadezhda Krupskaya married after Lenin was exiled for three years in Shushenskoye due to his sedition in 1897. 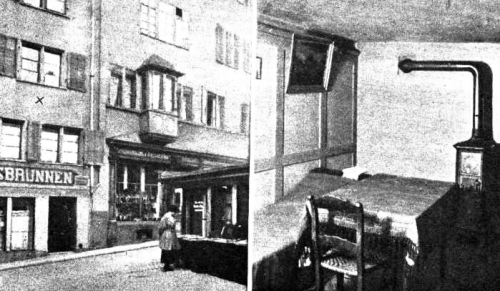 Facts about Lenin 7: the publications

Lenin had various publications, which earned him the status as notable party theorist after he relocated to Western Europe.

Lenin played a significant role during the October Revolution, which overthrew the regime of Tsar.

Facts about Lenin 9: the Bolsheviks

The Bolsheviks were the leaders on the government of Lenin. Then they were called as the Communist Party. In 1917 until 1922, the civil war in Russia broke up where the right and left wing groups who opposed the Bolshevik armies were defeated.

Facts about Lenin 10: the economic growth

Lenin applied a mixed economic system to promote the growth of economy in 1921. It was used as a response of the uprising, famine and devastation because of wars.

Do you have any comment on facts about Lenin?

Related to 10 Facts about Lenin

This time, I will describe facts about Melania Trump. Amazingly, she has… Read More…

Have you ever heard about Facts about Mary Robinson? She is… Read More…

Facts about Mary McAleese tell us about an Irish independent politician.… Read More…

Facts about Martin O’Malley tell the readers about the American politician.… Read More…